Surgical lamp is one of the necessary equipment in the hospital, and also an important equipment to ensure the smooth operation. In the process of long time use, it is inevitable that damage will not occur, the lamp breaks down. therefore, health care workers must find it and deal with it in time, so as not to interfere with later surgery. Such as the LED surgical lamp, common failures and troubleshooting methods are mainly the following. 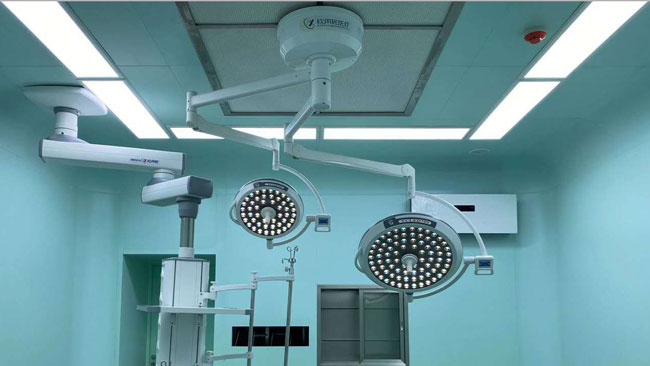 1.1 Holder is not stable. The drift of the LED surgical lamp due to imbalance of the holder. This needs to be taken seriously, as it's not only difficult to use, but also about the safety of surgery and other post-use issues.

1.2 The brake at the joint of the LED surgery lamp is loose or the hexagonal screw used to tighten brake is damaged, causing drift.

Solutions: In the first case, open the lamp base cover, check whether the bolts connected to the bracket are loose. If there is a large gap between ceiling and the false ceiling, further checks should be made to see if the bolts connecting the brackets are loose, if there are any abnormalities, tighten immediately to avoid future problems. In the second case, special hexagonal wrench is provided at the factory, depending on the drift, the hexagonal screws on each joint can be tightened in time.

2. LED surgical lamp do not light up after opening.

A common situation is that the output power cable is connected to the opposite. When the product is shipped, the power cord is docked according to the color of the line. Due to an oversight in installation, the output of the positive and negative power cord may be incorrect. Of course, there are other reasons why the lights don't work, this is just a simple method of troubleshooting, find someone professional to fix it.

3. There is still a shimmering light after the power is turned off

3.2 The second possibility is that the LED lights are surrounded by many different electrical equipment wires. Inductive current between wires is also the reason why LED lights emit weak light when switched off。

Solution: In the first case, reconnect the circuit and let the switch control the fire wire. In the second case, choosing a higher-quality device YC series LED surgery lamp, avoids this problem by first passing an electromagnetic compatibility check, and does not have an electromagnetic effect on other devices when used. 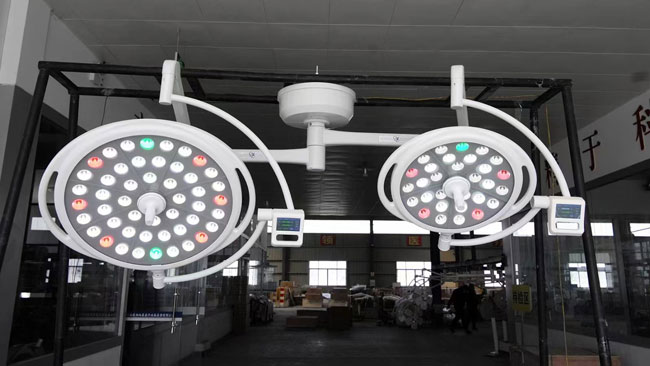 Solutions to keep you... One step ahead.

Please fill in the following form to contact us