Principle of shadowless lamp for surgery

What is the principle of a shadowless lamp for surgery? Figure out the direction of "light" propagation, you will also understand its principle.

Many users have seen the "shadowless operating lamp", but don't know how it works. Combining with the direction of light propagation, this article discusses the principle of operating lamp. 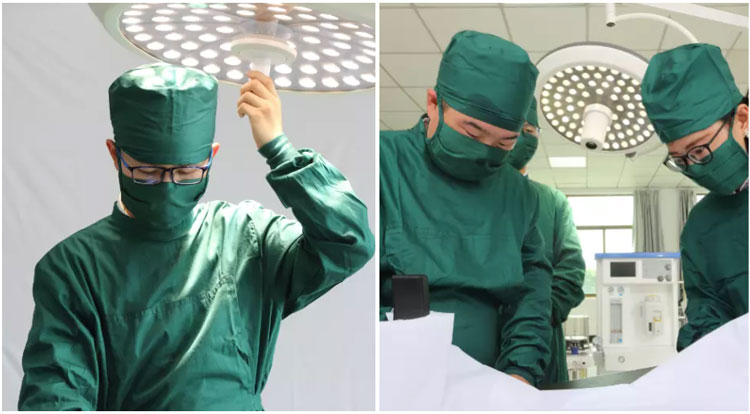 How do shadowless lamp for surgery work?

The most widely used field of shadowless operating lamp is the medical field, commonly used in the operating room, and the biggest feature of operating lamp is "no shadow", through clever design, can make the object being irradiated "not by the shadow formed by light irradiation" to block the line of sight. To give a simple example, the human reference, the sun as the light source, when people stand in the sun, the opposite direction of the sun, the side of the back to the sun will form a shadow, that is, people talk about the shadow, like astronomical wonders such as solar eclipse, lunar eclipse, is a similar phenomenon.

Types of shadowless lamp for surgery

What are the application scenarios for shadowless lamp for surgery?

The emergence of shadowless surgery lights is to facilitate doctors to do surgery for patients, in addition to the application in the medical field, in reality is also more common, such as multi-source street lights, indoor large chandeliers, etc., are similar principles, by increasing the irradiation light source to reduce the shadow formed after the light irradiation, to play a full range of lighting.

Theoretically speaking, light is a linear propagation, after irradiation to the object, it will be blocked by the object, reflection or refraction, to the human body, for example, the light will be blocked by the body, but there will also be part of the light is reflected, some application scenes, but also in multiple directions to configure multiple surgery light sets, can play a better effect, some stage lighting is so.

Conclusion: Shadowless lamp for surgery are people in the knowledge that "light propagates along a straight line", by increasing the light source to lighten the shadow, often used as a surgical light, you can avoid the arm or equipment by the light source to produce shadows, affecting the surgery.

Solutions to keep you... One step ahead.

Please fill in the following form to contact us